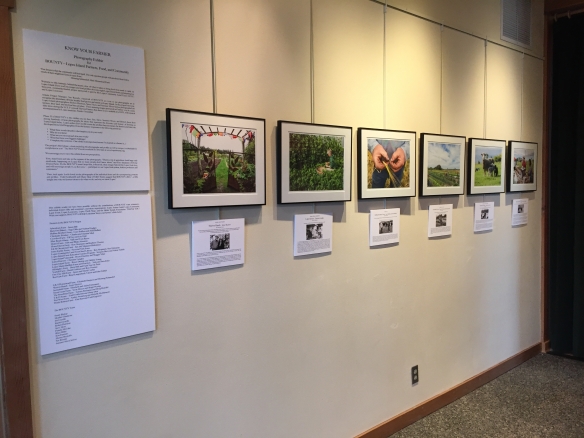 The exhibit opening October 23 was a smashing success!  Bounty farmers and friends gathered at Lopez Center to view 28 beautiful photos by Steve, Summer and Robert and read farmer profiles by Iris.  If you missed the opening you have two days to view all 28 photos and farmer profiles together.  One half of the exhibit will be shown at the Lopez Library from December 18 to January 29 and the other half from July 15 to August 26. We are on the lookout for other venues large enough for the entire exhibit!

“There’s a lot of agriculture, both large- and small-scale, happening on Lopez that so many people don’t know about,” says Ken Akopiantz of Horse Drawn Farm.

It’s the BOUNTY team’s hope that, collectively, these images help tell the Lopez food story and will encourage people to, as Ken says, “… participate in our Lopez food system, both as producers and consumers.”

You can take one of these stunning photographs home with a $300 donation to the BOUNTY Book project!  The book will be released next October. 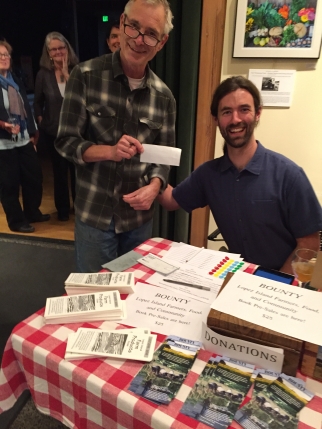 David Williams chose the Helen’s Farm photograph for his donation.